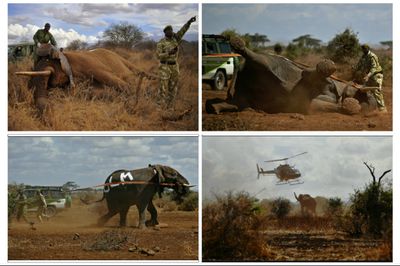 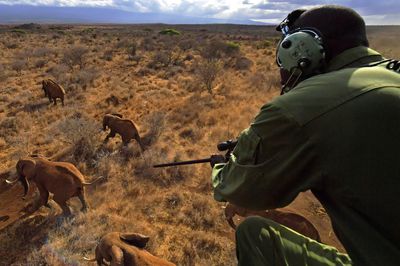 A vet shoots an elephant with a tranquilizer gun from a helicopter outside Amboseli National Park on November 2, 2016. The International Fund for Animal Welfare (IFAW) is collaring two young male elephants from the Amboseli region to better understand their migration routes. As Kenya's population increases dramatically every year more land traditionally used by elephants as routes is being populated and developed and elephants have been impacted. IFAW intends to study data from the collared elephants movements to plot how this impact affects them. / AFP PHOTO / CARL DE SOUZA
AFP
4/7 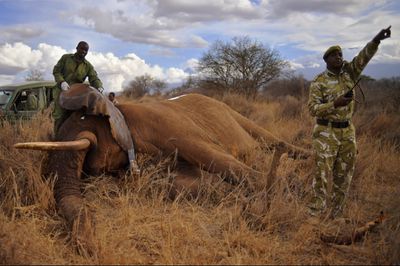 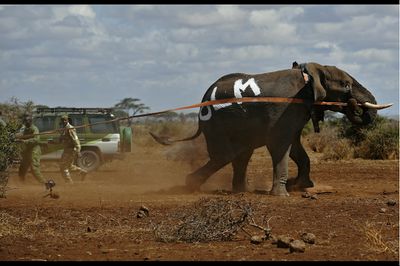