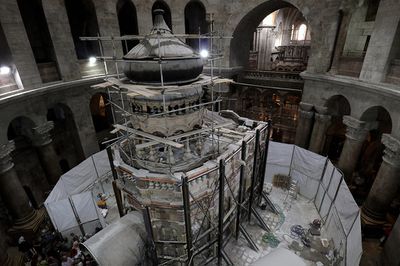 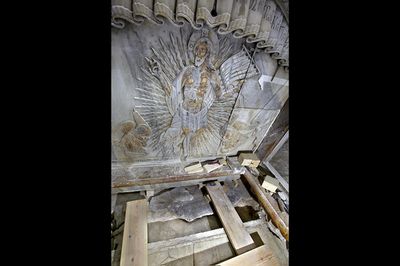 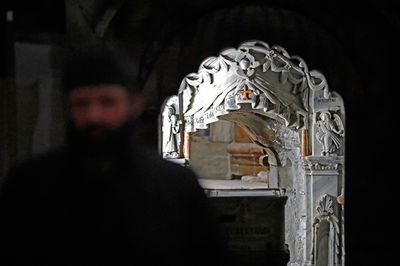 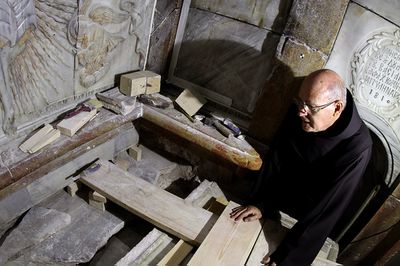 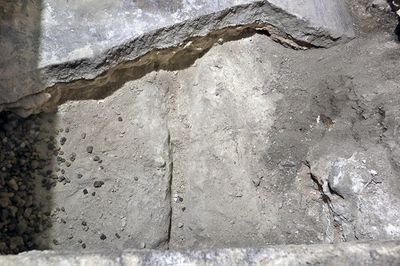 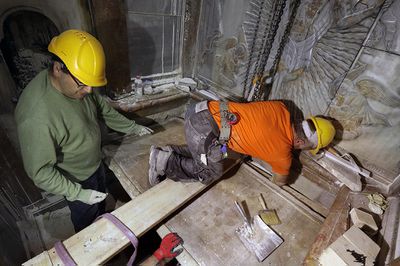 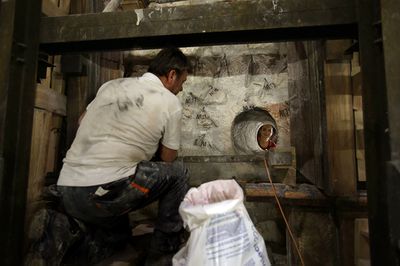 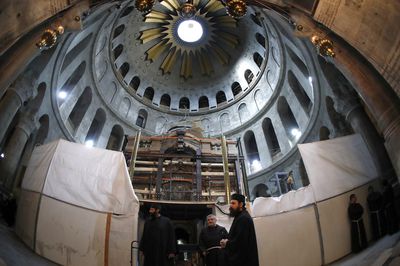 Greek Orthodox and Franciscan priests stand behind a panel placed next to the Tomb of Jesus at the Church of the Holy Sepulchre in Jerusalem's Old City on October 28, 2016. The tomb where Jesus is said to have been buried before his resurrection, is to undergo major restoration. The restoration entrusted to a Greek team, is expected to be completed in early 2017 and the site will remain open to visitors in the meantime. / AFP PHOTO / THOMAS COEX
AFP
10/11 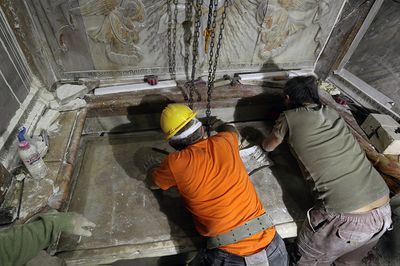 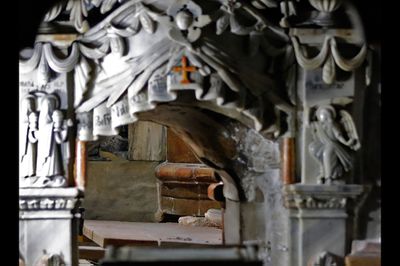